Los Angeles is not a desert– water is at turns scarce, but also abundant: in our tea, our plants, running seemingly endlessly from the tap, and in the storm drains when it rains. In one neighborhood you’ll see dirt lawns and posters warning against water waste, but a few blocks away freshly watered bright green lawns line another city’s streets, some hedges as tall as homes. In landscapes marked by industry in southeast Los Angeles County, there’s a little bit of both– a fertility and a cautiousness. For some people, water is too expensive a resource to waste. [1] Others find ways to create abundance with what is available.

The southeast was the rustbelt of Los Angeles, a witness to once-bustling tire and steel factories, it also watched a mass exodus of white middle and working class people from the area along with those union jobs just as an influx of Black and brown workers were rising in the ranks. That industrial past still has presence and it makes for an abundance in people’s resilience--our hard work gene is strong. But the industrial past and present still haunt our lawns and fields, tempering abundance with literal danger.

The 710 Freeway exit for Atlantic/Bandini Boulevard takes you past huge warehouses and railroad tracks between the City of Commerce and Vernon, just a few blocks from Boyle Heights and East Los Angeles. The semis and eighteen wheelers snake their way past small cars and into the broad streets. You can easily ignore that the LA River is not too far away, a cemented version of it that no one takes a kayak into. Its banks blend into the grey sky of overcast days. In her book Where I Was From, Joan Didion describes a drive through Vernon as a wasteland of cement and empty streets.  But many of us know that inside these buildings are workers moving the millions of goods to and from the Port of Los Angeles into the rest of the country, day and night. A few hundred feet past these giants are tens of thousands of children, mothers, grandparents, business owners, politicians, artists, and environmentalists. Isabel Salazar Viramontes can say she has been and is, many of these things. People call her Señora Chabelita… [2]

[1] This is the case in the southeast Los Angeles city of Huntington Park, where the median annual income is $35, 629 has the lowest water use rates in the County. Median income in Los Angeles County is $57, 952, according to the Census.

[2] This article was completed before before Señora Isabel passed away in December 2019. May her fierce spirit live and may she rest in peace. 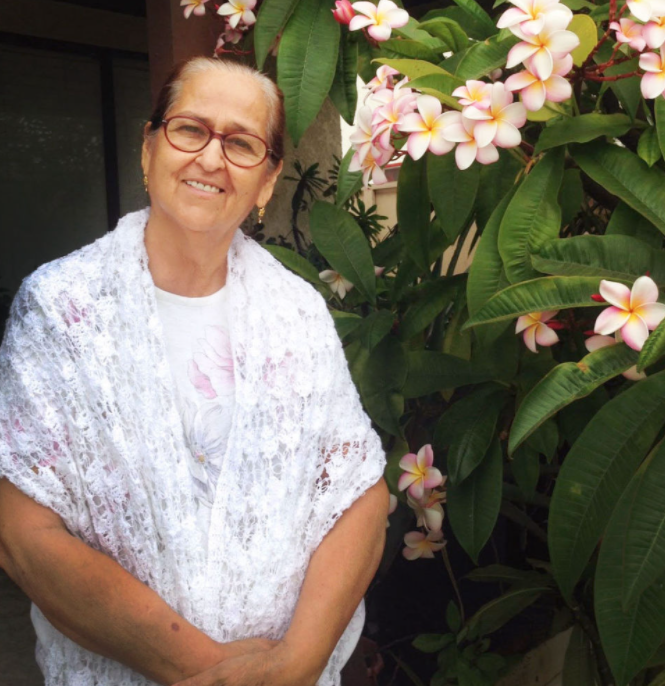